The Person I Admire Most

The person I admire most is not in Hollywood but in Omaha, Nebraska. He reminds me of Clint Eastwood, he never loses his cool. It’s Warren Buffet the eighty-nine year old American investor, business tycoon, philanthropist and chairman of Berkshire Hathaway. We need leadership with vision and he has it. Last year, Buffett was sitting in an empty arena with twelve people instead of forty thousand and delivered a lecture over four hours long after reporting a $54 billion loss in the past quarter. He dumped all his airline stocks yet kept his $73 billion stocks in Apple. He looked calmly into the future with his eighty-nine years of life experience.

Nobody knows the future, no one knows what will happen in the markets tomorrow, next month, or next year. The English economist, Mervyn King a former Governor of the Bank of England recently published a book on radical uncertainty. Rabbi Jonathan Sacks is featured within the book, together they elaborate about the difference between risk and uncertainty.

With all the negative news that was around, Warren Buffet radiated wisdom and optimism for America and for the future. Despite his age he was looking forward to the future, focusing on a long term solution. 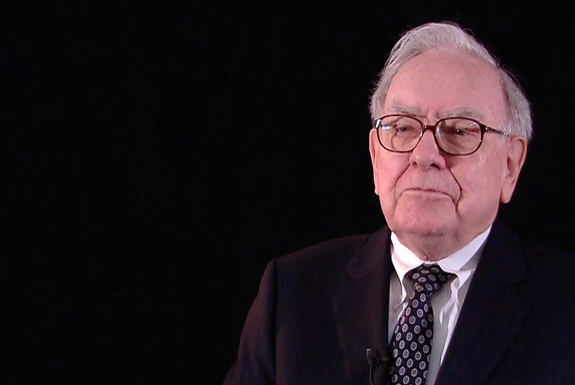 Pictured Above: Image of Warren Buffett (2010)

I don’t like to overthink in a negative manner and make philosophical predictions about the future as some of my colleges do who predict a gloomy future for the world of diamonds and for the jewelry industry as a whole.

Our sages said that all dreams go according to their interpretation. I have a lot of dreams and I interpret for the good only. The world's economy is not coming to an end, the jewelry industry will flourish again. Women still love diamonds and this will never change no matter what social and economical changes happen around us.

In general I don’t open Martin Rapport's mail or listen to his predictions on diamond prices. I get my information from our customers who are sharing their dreams with us, their dreams of jewelry and fancy color diamonds.

A customer from Australia was recently interested in buying an Argyle Pink diamond for $250,000, however instead of using it to create fine jewelry he was asking to store it for the next eighteen years (at the Malca Amit storage in Hong Kong). He was saving it for when his son was accepted to University, wanting to use the money to pay for his education. Isn't that a powerful statement for the future of diamonds? I am not talking only long term, but also short and midterm, his view is simple.