Diamond Companies Give Back

If there were one saying that was applicable to the diamond industry and the way it is perceived, it would be “don’t judge a book by its cover.” This is suitable for the simple reason that the diamond industry and the many companies it includes bring in a great deal of revenue and is seen as a corporate giant, which makes millions off of a natural commodity. While it is true that diamonds are in high demand and succeed in making impressive profits, an enormous amount of work and resources are required to make it happen, and the companies often give back to the communities where diamond mining takes place in order do their part as contributing human beings on this planet. From purifying water in rural areas to educating women about maternal and children’s health, diamond corporations do their utmost to make certain that those in need receive a helping hand.

De Beers, one of the largest names in the diamond industry, is responsible for some enterprise building going on in South Africa. In fact, it wasn't too long ago that they moved their headquarters to Botswana.  The diamond company, which has gone through some changes over the years, has chosen to give back to the people by providing foundations for generating income and growth. This is their contribution towards solving the long-term issue of poverty and self-sustainment. By implementing programs dedicated toward creation, innovation, and change, much hope can be brought to an area sinking in bleakness.

Rio Tinto, another one of the biggest names in the industry, is known for producing both colorless and fancy color diamonds from their different mining projects. The metals and mining corporation is well known for the success of mines such as the Argyle mine in Australia. The diamond-mining legend is giving back through its mission to provide rural villages in India with water. Taken for granted in most western or developed countries, water is one of the missing links in India; whose need for purified water is colossal. Tinto’s generosity is improving the quality of life for India’s population, one step at a time.

Though not yet a mining corporation, the Natural Fancy Color Diamond Company has gone through many lengths to help support those who are less fortunate. Some of their corporate social responsibilities include supporting efforts to provide medical care to child refugees from Syria, a contribution to the building of the Mumbai Museum of Tolerance to promote the message of universal equality and treatment, and regularly supporting a large array of charities that provide financial aid to families in need. Additionally, during the month of October, the company ran a campaign geared towards helping support, Breast Cancer Awareness Month, by donating funds to rethinkbreastcancer.com.

Retailer Chow Tai Fook of China does their share by educating individuals in rural China on important matters such as maternal and children’s health. When it comes to one’s health, knowledge is key. By providing the necessary tools to those in need in some of the poorest and most primitive areas of China, the Chinese retailer shows that it cares for the local people. Resources are useless when one does not have the education to help him. This is a significant gesture that cannot be taken lightly.

One of the greatest things about charity is that it knows no bounds. Every individual or company can contribute in a way that is seen fit and it will unquestionably move mountains. Yes, much more is needed to care for people who are suffering all around us. However, it is extremely uplifting to hear and see fruitful businesses giving and making an effort to ensure that they are leaving a positive mark in this world. 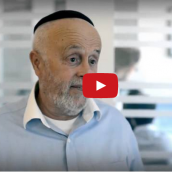