It may not be as common as some other gemstones, including diamonds and emeralds, but quartz is most definitely name dropped here and there. What is quartz and where does it come from? These questions as well as many others will be answered here to help you understand this magnificent gemstone and perhaps consider it as your next gemstone purchase.

Quartz is a mineral with many different varieties. Some of them are semi-precious gemstones. Throughout history, quartz was used to create jewelry as well for hard stone carvings.

Is quartz a mineral?

Quartz is mineral. In fact it is one of the most abundant minerals found in Earth's continental crust, surpassed only by feldspar, another mineral.

What color is quartz?

Quartz is found in many different colors including violet, pink, peachish, yellow, brown, colorless, and green. Each color variety is referred to by a separate name. For instance, violet quartz is known as amethyst, yellow quartz is called citrine, and green quartz is referred to as prasiolite.

Where is quartz found?

Quartz is found in many parts of the world. One of the largest sources of quality gemstone quartz is the United States. Of course, the location of quartz depends greatly upon the specific variety. Amethysts for instance, can be found in Russia, Brazil, France and Morocco. Citrine has been mined in Spain whereas rose quartz originates from Brazil, among some other countries.

What is the meaning of blue quartz?

Blue quartz is seen as a soothing and calming stone that is capable of de-stressing individuals. Additionally, it is believed that blue quartz can help inspire one, as well as rid an individual from any fears.

What is rose quartz?

Rose quartz is the pink or peachish variety of quartz. This type of quart receives its unique coloring from the presence of titanium, manganese, or iron in the stone.

What are rose quartz uses?

Rose quartz is mainly used for jewelry. It is also used in order to heal, and is believed to bring, peace, harmony, and compassion to its beholders.

Is quartz a rock, a gemstone, or a crystal?

Rocks are not minerals, and since quartz is a mineral, it is not a rock. Some kinds of quartz are considered gemstones. All quartz stones have crystal elements, some more than others. Therefore, quartz can be defined as a crystal, and sometimes, a gemstone.

What is smoky quartz?

Smoky quartz is the gray translucent variety of quartz. However, the colors of quartz categorized as smoky quartz can vary greatly, from an almost transparent crystal to a brownish-grayish, even black, stone that is practically opaque.

What are the uses of quartz?

Since ancient times quartz has been used to create jewelry. It was also used to carve art, such as various hard stone carvings. These types of specimen have been found in Europe and the Middle East.

Quartz covers a wide span of stones and gemstones, and can be extremely abundant or incredibly rare. Since so many species are categorized as quartz, it is imperative to specify what variety you are in the market for. Furthermore, make certain to read up on the different types of quartz so that you are not overcharged for invaluable quartz. 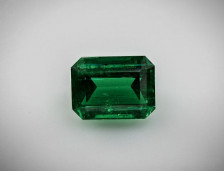