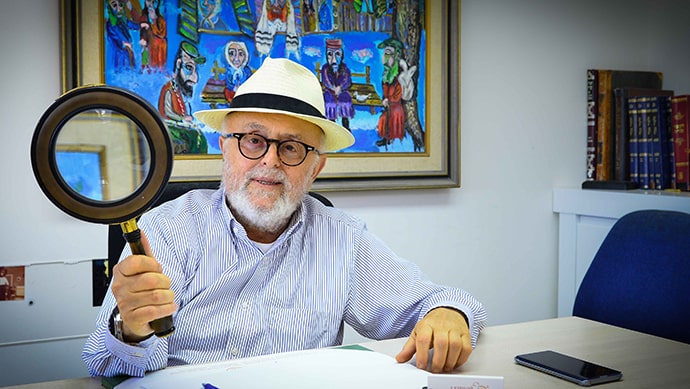 Leibish under the loupe

I am not one of those guys who spends too much time reminiscing about the days gone by. The diamond business is no longer what one might call a 'sexy industry.' Even the secretary of my pain doctor makes fun of us. However, after 35 years in the business, we won’t easily be deterred.

Banks in Asia or in USA will call on us once again to open an account with them, as the negative sentiment against the trade will pass. But, meanwhile, even legitimate diamond and jewelry companies with 20 to 200 million yearly business income are routinely refused today to open or maintain an account in HSBC, Citi Bank, or even the standard chartered banks.

I have heard from a number of people in the business, that they received a notification from their bank letting them know their accounts were temporarily closed. The big boss says that somewhere in the business, money is being laundered. And when a crime happens in the city, as Humphrey Bogart said in Casablanca, “round up the usual suspects.”

The industry is under investigation. No crimes have been committed and no explanation has been given. Franz Kafka’s trial is back to real life.

Nothing has been done, yet the investigation has begun. Large diamond and jewelry companies are forced to fight shadows and black spirits. They are hiring lawyers and writing letters asking for explanations.

Obviously the hysterical behavior of the banks is not primarily directed against diamond dealers. But, they are among the only suspects easily visible as they act legitimate while large sums of money pass through their accounts.

Drug dealers, terrorist organization, and similar illegitimate figures couldn’t care less about what the banks are doing. They won’t ever walk in to the trap of these organizations. In a crazy fight of total compliance, the banks shot the bystanders first.

The Mafia, criminals, and drug dealers would never look towards jewelers and diamond dealers in order to move their money. Reason being, business is done on the books and everything is recorded. The underworld uses well oiled systems with gigantic barter deals. They trade commodities and other raw materials, in multimillion dollar transactions. Today, no self respecting Mafioso will walk in into Citi Bank in Miami or HSBC in Hong Kong with a suitcase full of cash.

If serious cash comes from China, it enters Vancouver in legitimately imported cash money with a 1000 dollar fee. Why would they risk the pain in Hong Kong by being harassed by the police or the local banks, when the plan is to export the funds?

Joseph McCarthy comes back to Wall Street to initiate law and order. Everyone is suspected of something!

The strongest effect of excessive compliance is in Hong Kong and China. Legitimate diamond and jewelry companies are having trouble sending or receiving payments for their daily transactions, but I believe most will find a way to operate. I don't think that it will have a long lasting effect on diamond sales. I would even say that diamonds are seen as monetary instruments, which don’t depend on Banks. The free flow of legitimate money gets temporarily inhibited. But, it will not interrupt the diamond business long. Similar to the way water always finds away to penetrate the earth, the money will continue to flow as long as it is it made.

Oil prices have gone up 75% over the past six months. The price of Iron ore is up 50% over the same time frame. Big players speculate on commodities or on horses. In short, anything that moves. The Chinese like to play. The Chinese like to play. The volume on the Chinese commodity exchange is 50 times the yearly consumption of China in one day. But, it is not speculation driving the commodity's prices up. The Chinese Government creates demand with orders building mega projects, which will use a lot steel and a lot of aluminum. China is not finished. In fact, if you ask me, they are just getting back in game.

Nevertheless, the engine of the jewelry industry is America. I was asked today in a forum if I am concerned that lab grown diamonds will endanger the future of fancy color diamond sales? Looking with all hysterical actions of the anti money laundering and compliance, I see lab grown goods as a minor handicap only. Real love and appreciation need real presents of everlasting value.

Lab grown diamonds will never take the place of a $300,000 per carat fancy intense pink diamond. Love and diamonds are eternal. When a lady gets married, she want a real diamond ring – not a substitute.

Check out our collection of colored diamond and gemstone engagement rings, and while our wedding campaign is running, get a free sapphire pendant with your purchase! 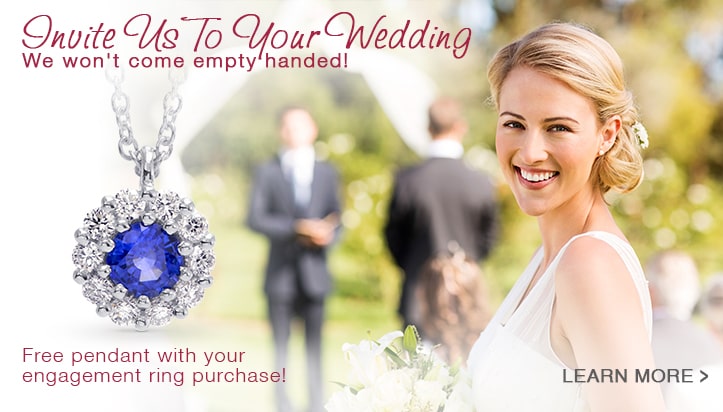 Invite Leibish to your wedding!

Every Big Journey Starts With a Small Step 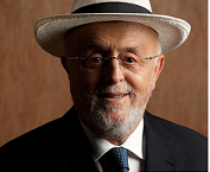 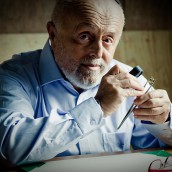