Unless you are knowledgeable in the field of gemology, or an avid gemstone enthusiast, you might not have heard of the gemstone, Agate. Though far less valuable than some of the more popular gemstones, such as diamonds, rubies, and sapphires, as well as a great deal more modest in terms of the stones glamour and shine, the agate really is a fascinating stone because of its design.

With an intriguing structure, this stone most often found in volcanic rocks, comes in a wide range of colors. The layered design of the stone tends to bring up many questions, hence we decided to answer some of the most frequently asked questions about agates.

What is an agate stone?

Agate is comprised of such minute crystals that it is defined as the cryptocrystalline type of silica. This means that the crystal aspect of the stone is so minimalistic that it is practically impossible to see; even under a microscope. As a chemical compound, silica may sound familiar, since it is found most commonly in quartz, another type of stone. Similarly, silica is the main component in sand in many places around the world. Therefore it shouldn't be surprising that the nature of an agate is grainy, yet is chock full of color.

What is the meaning of an agate stone?

Over history, gemstones were believed to hold various powers. As a member of the quartz family, the agate is believed to increase one’s security and self-confidence. Agates have been used to protect pregnancies as well as to provide a sense of well being to a mother, post partum.

What color is an agate stone?

Like many other gemstones, agate is found in a variety of colors including red, white, yellow, pink, blue, orange, green, brown, black, purple, gray, multicolored, and banded. The latter two colors refer to a combination of colors, either several colors conjoined as one, or in rows, resembling a rainbow.

How are agates found?

Agates are generally found within volcanic rock. After being sorted and assessed, gemstone quality stones are cut and polished, and are then ready to be sold.

What are agates used for?

In the ancient world, agates were used for hard stone carvings. Many such artifacts have been found at ancient sites. Today, agate is used for industrial purposes as well as to create jewelry. Pins, brooches, and amulets are just some examples. Agate is also used to make seals and inkstands.

What is the meaning of a white agate?

What is the meaning of a Botswana agate?

Botswana agate is a type of banded agate used to protect one and provide one with luck.

What is the meaning of a banded agate?

A banded agate is an agate that displays thin rows of different colors, creating stunning color combinations and patterns. When cut and polished, a banded stone can be transformed into a truly unique gemstone with its own personal story, for each individual pattern tells a story of its own. No two banded agates are the same, making each and every stone unusual and special.

Whether you choose agates for an amulet, a ring, or a bracelet, you will be welcoming something very warm and natural into your home and jewelry collection. Agates may not be glittering and glamorous like some other gemstones, but they are still extraordinary and worth looking into. 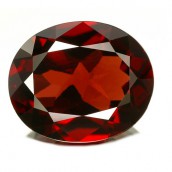 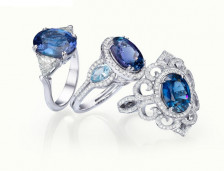 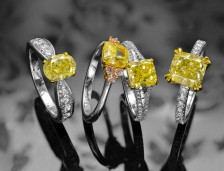