The Choice Between an Island, a Jet, a Yacht or Fancy Color Diamonds….

In a world that only 1% of the world’s population can imagine, choices are made every day about where it is wisest to place stupendously large amounts of money. On first impulse, some would say a private island, others a private jet, and some a yacht, but only a small percentage of you would actually say fancy color diamonds. Then, your imagination takes over, and you start dreaming about you and your choice. Next, your thoughts would wander to the other options. However, once the sand settles and reality hits, I would then ask you the same question, and most would now say fancy color diamonds! Why so?

Does It Need a Crew?

Some of these are impulse buys, to be sure. However, when making a level headed purchase it helps to analyze the basic characteristics of all 3 from a financial perspective. Both the yacht and plane are a veritable bottomless pit of expenses that feed nonstop on money. In addition, both need an entire crew of professionals in order to run it on a continuous basis. The only instance that neither would be considered an expense is if you are in the business of leasing them to outsiders (which never happens with a private purchase like this), and then it would be considered a business and would be in a different category entirely! (Similar to what Warren Buffett did with his acquisition of the private jet business.)

A private island will only increase in value (just like any other land), in case you further invest a massive amount of money and develop a resort...or so you thought. On May 27th of this year, it was reported that the biggest private island in the Bahamas was listed in 2011 for $55 million and failed to sell. When it relisted early 2014, and sold for a mere $17 million in an auction style process, the island’s ownership got transferred at $38 million below the asking price. Keep in mind that this island includes a 5000 square foot residence, a swimming pool, ab air strip, and 600 acres - a true dream, and yet the sellers bubble burst when they only got $17 million for it!

An Investment That Lasts Forever!

Now that we have descended from the clouds, let’s have a close look at Fancy Color diamonds. Unlike almost anything in the world, they do indeed last forever. After having spent millions of years underground, in conditions that our bodies would never be able to fathom, they take their final form as gorgeous jewelry. The beauty is that in some cases, depending on the color and size of the diamonds in question, the jewelry transforms itself into a walking investment. In fact, prices of investment grade diamonds have been appreciating for the last 30 years or so. Fancy color diamonds actually stack up well compared to some prominent investments. Just a few weeks back in Geneva, a man and his wife, spent just over $30 million on 2 diamonds over a 30 minute period, including the 100.09 carat Fancy Vivid Yellow diamond which broke the world record for a Yellow diamond when it sold for $16.2 million. Being that the diamond is no more than about 1 square inch, compared to the 600+ acre island, I would say that the highest possible concentration of wealth continues to remain in Fancy Color diamonds more than in any other investment possible!

Do You Prefer to be Discreet?

In a world where discretion is desired, a Fancy Color diamond is by far the best solution. Sure you can take your jet or yacht, almost anywhere, in a massive display of grandeur. But diamonds you can truly take anywhere, in a much more elegant statement. (Obviously an island is not at all portable…) Similar to the island, however, would be one more item we will mention last, which is real estate…

It is estimated that the most expensive piece of real estate in the world is the 27 story, 400,000 square foot mansion in South Mumbai. It is valued at “just” $1 billion! And all this for a family of six. Discreet or what!

So which would you choose? 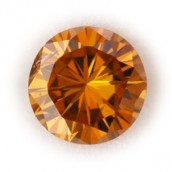