Scott Disick Mourns Death of Parents a Year After Being Knighted

One TV genre that is constantly dripping with jewels and lavish clothing is reality TV, and when it comes to reality TV, Keeping Up with the Kardashians and all of its franchises is the king. Recently, one of the main stars of the show, Kourtney’s boyfriend Scott Disick, experienced a double loss: his parents passed away just three short months apart at the young age of sixty-three. Scott is an only child unlike his girlfriend who is one of ten children (including step siblings.) His relationship with the Kardashians and the Jenners has not always been hunky dory, but rather, quite dramatic and controversial. Scott has gone from being knighted to becoming an orphan in a year and a half.

Unlike Kourtney’s family, Scott’s parents very much did not like being in the spotlight and thus never appeared in the many of episodes of the reality show. They found Hollywood life very daunting and intimidating and did not quite fit in to Kris Jenner’s world. Interestingly enough, their son Scott blended in just fine. Scott was crushed by the passing of his mother who died three months ago after a long battle with an illness. Now, once again, Lord Disick found himself in a New York cemetery burying yet another parent. The atmosphere was very somber with every guest fully aware of the tragedy’s significance. Though not a child, Scott is now left alone in this world without any immediate family.

On one of the most memorable episodes of Keeping Up with the Kardashians, Scott and some fellow costars traveled to England where Scott became obsessed with royalty and adding a title to his name. Scott did end up being knighted, but not the way many think he did. The Queen of England was not after Scott Disick, insistent that the reality star become knighted. No, Scott bought himself the title, as can anyone with a credit card. Scott had his knighting ceremony at a pub called “The Mayflower” where he received the title “Lord.”

Scott’s strong and sometimes arrogant personality has many viewers either hating him or loving him, but this tragedy has already shown Scott’s softer side, as he is completely ripped to shreds. It is only a matter of time before Lord Disik returns to his old tricks, arguing with the lovely diamond-clad Kardashian ladies. 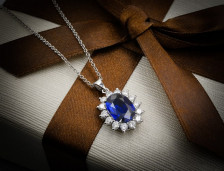