Why Sapphires and Rubies are Different Colors

The thing that most people find the most shocking about rubies and sapphires when learning about them for the first time is that they are both from the same mineral. In fact, aside from their coloring, they are essentially the same stone. Both rubies and sapphires are varieties of the mineral corundum. This mineral is found in an array of colors but is mostly known for its blue hue. Pink, orange, yellow, green, and purple sapphires exist as well. Red sapphires would exist too except they were given their very own category, rubies. The color is what sets each of these stones apart, caused by the particular internal structure of the mineral. Let us take a closer look at these two gemstones and at what sets them apart from one another.

A ruby and a white diamond

Read the most frequently asked questions about rubies.

Crystals of pure Al2O3 are known as corundum. When in gem form, they are called colorless sapphires. The structure of this mineral consists of six oxygen atoms that surround every aluminum atom, creating a somewhat distorted octahedron. Though there are three oxygen atoms above the aluminum atom and three below, they are placed a little differently. The bottom atoms are set slightly further apart from one another than the atoms above. This is how half of the aluminum atoms are arranged. The other half is exactly the opposite. The aluminum atom is a positive ion surrounded by six negative ions. Each positive aluminum atom contributes three electrons and becomes Al3+ and is without any unoccupied energy levels. At the same time, the surrounding negative oxygen atoms receive two electrons thus ensuring there are no unoccupied energy levels. This arrangement means that every two aluminum atoms give six electrons and every three oxygen atoms get six electrons altogether in order to produce Al2O3. This allows for a crystal field to be created. This is the case for pure corundum; when the electrons are paired differently and when atoms are replaced, the makeup of the crystal changes. 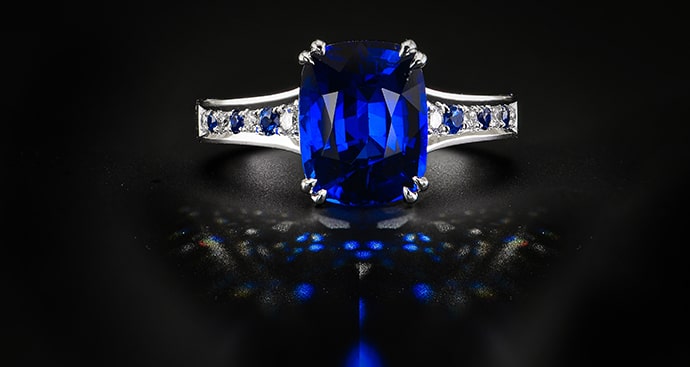 Read the most frequently asked questions about sapphires.

With pure corundum, there is no absorption of light, thus no color. When one in every hundred aluminum atoms is replaced by a chromium atom, it must donate three electrons like the oxygen atoms in order to become Cr3+ and replace Al3+. This is so that the charge stays the same. There are no partially filled orbitals or energy levels in Al3+ but there are in Cr3+. These are the very electrons that can be triggered and can lead to the absorption of light, which essentially creates the color in rubies.

Traces of iron, titanium, chromium, copper, and magnesium are what upset the otherwise “perfect” makeup of pure corundum and lead to the blue color of sapphires.

The cause for the different colors of corundum, thus creating sapphires and rubies, is extremely scientific yet unbeknownst to the average gemstone customer. Interestingly enough, color diamonds work similarly with various elements leading to different color diamonds. The presence of nitrogen in diamonds, for instance, is what causes yellow diamonds, and boron leads to blue diamonds. Science is fascinating and confusing, but who knew it could be so beautiful? 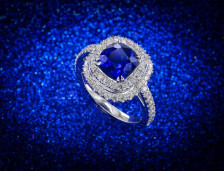 What is a Sapphire? - Gemstone Facts And Information | Leibish 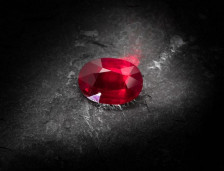 The Most Expensive Ruby in the World 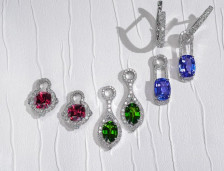