Having been mined originally in South Africa by De Beers as a 132.5 carat rough diamond, the stone reached the hands of the Steinmetz Company, who was responsible for cutting it. Two year and fifty practice models later, “The Steinmetz Pink” was born.

It was then displayed in Monaco in 2003, and later sold privately in 2007, upon which its owner renamed it the Pink Star. Finally, The Type IIa 59.60-carat vivid pink IF oval shaped diamond was sold at auction at Sotheby’s in 2013. The starting price for the Pink Star at auction was $48 million and was initially estimated to bring in over $60 million at its final price. After being bought for an all-time high of $83.2 million, well above its highest estimates, it was immediately renamed the Pink Dream by its new owners.

Unlike most bidders, the bidder of the Pink Dream did not remain anonymous. He revealed himself and made it clear that he was buying the stone as an investment piece along with other investors in hopes of seeing it appreciate greatly over time. Unfortunately, the bidder, diamond cutter Isaac Wolf on behalf of an investment consortium, did not come through with the payment, and the future of the fascinating Pink Dream was thrown in question.

As the world’s largest Fancy Vivid Pink diamond, it was not too shocking that the former Pink Star managed to rake in such a sum. What was surprising, however, is that the bidder, who outbid three other strong contenders, managed to back out. The $83.2 million total, which includes all of the fees, is more than double the amount that the previous “most expensive diamond ever sold at auction”, the Graff Pink, managed to sell for. Though Sotheby’s, which held the auction, is still in touch with Isaac Wolf, it has since bought the diamond back in order to keep their word to the previous owners. The Pink Dream will most likely be put up for auction sometime in the near future. 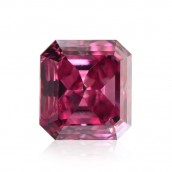