The Pear shaped diamond. Also called teardrop or pendeloque, this shape combines the best of the oval and the marquise. It is particularly beautiful for pendants or earrings, while as a ring, it nicely complements a hand with small fingers. 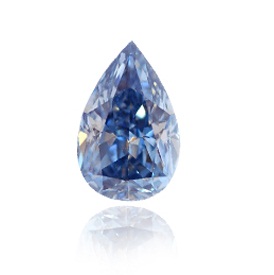 The Pear belongs to the Round-Edge Fancies cut type. Another well known name for this stone is the ‘tear drop’ diamond. The pear is one of the many variations of a round brilliant. This elegant design is one of the more popular choices for Fancy Colored Diamonds. The pear shape cut contains 58 facets.

Below you can view a gallery of Pear Shape diamonds in the many styles they appear:

Among the world's most famous diamonds you can find the following Pear shaped stones:

The Graff Pink Supreme, a 10.83 carat, Internally Flawless Pink, The Rob Red, a 0.59ct Fancy Intense Red, The 14ct Blue Empress and The Dresden Green, a 40.70ct Green pear shape which is the largest and finest natural green diamond ever discovered.

During the years, different Pear shaped diamonds were sold for record prices at auctions:

"Highest price per carat ever paid at auction." 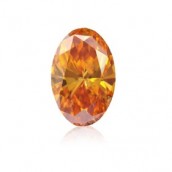 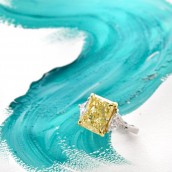