The "Hope Diamond" Barbie Doll
The Curse of the Hope 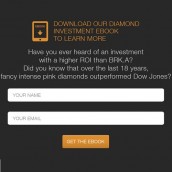