The primary birthstone for the month of November is the topaz stone. The secondary birthstone is the citrine. While topaz comes in a wide range of colors including oranges, yellows, pinks, purples, and the popular blue hues, citrine possesses yellow, orange, or orange-brown shades. Interestingly enough, pure topaz is colorless. The various colored topaz stones owe their colors to a number of causes including minor element substitutions and defects. Though topaz cannot compare to a diamond, or a color diamond for that matter, it is nevertheless a remarkable stone with interesting characteristics and a rich past.

Origin of the Name “Topaz”

The name “topaz” is derived from a Sanskrit word, which means fire. In ancient folklore the topaz was known to control heat, such as cooling boiling water. In terms of medicine, topaz was said to have cured fever.

Composition of the Topaz

Topaz, which is known as aluminum silicate fluoride hydroxide, is the firmest of silicate minerals due to strong chemical bonds within the mineral. This gemstone can be found in the form of tiny crystals, as well as extremely large rocks. It has been recorded that the largest uncut topaz stone was found in Brazil and weighed nearly 600 pounds. This specimen is now housed in the American Museum of Natural History in New York. A famous cut topaz is one found among the crown jewels of Portugal. It is a magnificent yellow stone weighing a total of 12 ounces.

Colors of the Topaz Stone

The topaz stone is found in a rainbow of colors. However, while some are rather common and invaluable, others are extremely rare and can be worth an impressive sum. Similar to color diamonds, the rarest color is red. Brownish-yellow, orange-yellow, and reddish-brown, are some of the more popular topaz colors, and therefore can demand high prices. Pink topaz stones are also on the pricier side. Though pale blue and light yellow topaz stones are less valuable than some of the other topaz stones, they are still quite beautiful.

Causes for Colors of a Topaz

Most topaz colors are caused by minor element substitutions and defects in the crystal. As a result, some of these colors are unstable and can fade away as with brown topaz mined in Siberia. When left in the sun, this type of topaz can be bleached by natural sunlight. Other stones can have their colors changed as a result of heat. With certain heat treatments, a colorless topaz stone can be transformed into a blue gemstone. Red topaz stones, as well as some pink topaz stones, receive their color from chromium that is substituted for aluminum in the crystals.

Where are Topaz Stones Found?

Brazil, particularly the Minas Geranis region, is the main source for topaz. However, additional locations include Russia, the Ukraine, Pakistan, Scotland, Japan, and Sri Lanka. Topaz stones have also been discovered in the United States, the main locations being Colorado and California.

As with most birthstones, and gemstones in general, there are beliefs regarding the stone that date back centuries. Once used mostly by royalty and clergy during the Middles Ages, it was believed that the topaz, when engraved with a falcon, assisted its wearer in developing good relationships with kings, princes, and other royalty. It was also commonly believed that topaz helped strengthen one’s mind, prevent mental illness, and increase wisdom. Additionally, Topaz was thought to prevent sudden death. Topaz was also used as a means of prevention for a number of conditions including asthma, insomnia, and weak eyes.

Those born in November have a large selection of birthstones to choose from since November’s birthstone is found in so many mesmerizing colors. Many aspects of the topaz make it an ideal gemstone, not just as a birthstone, but a stone of choice for any piece of jewelry. Of course, the topaz can always be paired with other stones such as tanzanite, or with precious gemstones such as the traditional colorless diamond, or the more unique color diamond. 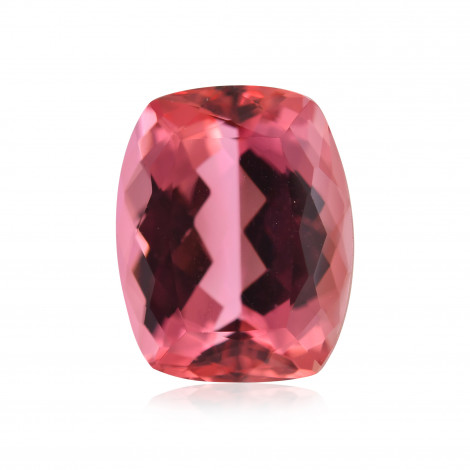 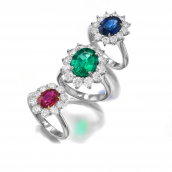 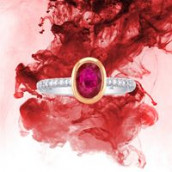 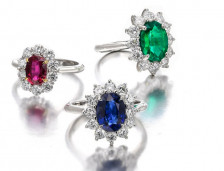