Let me tell you about myself. I am a born optimist. Just like anyone else, I get a bit depressed from time to time. But, similar to how Baron Munchausen pulled himself up by his own hair in a famous children’s parable, I too always manage to pull myself out from the mud.

I see the Zeitgeist of this past election. Zeitgeist is a German word that is used in the general English vocabulary to describe the defining spirit or mood of a particular period of history as shown by the ideas and beliefs of the time.- Wikipedia.

Donald Trump didn’t just drop out of heaven. I don’t want to get into a deep political discussion, but I do want to share what his election will mean for us all. The man matured in the American mood for many years. The majority of voters and the times we live in are ready for radical action. They want change. They want to put America back on the track to success.

It’s similar to the process of heating up water. As the temperature warms, the water begins to boil. At 100°C, the water turns to steam and a mass amount of energy is produced. It is at that point, provided you created enough heat and had enough water in the tank, you could potentially run a train across America.

One of the winning Formula One racecar drivers said that if you feel everything is completely under control, it’s a sign that you are driving too slowly. The outgoing American Administration painted a beautiful picture that everything is completely under control. But, the majority of Americans didn’t buy the sweet story. They wanted a radical change. They wanted the USA to return to its former glory.

I am not a political analyst. I just wanted to talk about the Zeitgeist we are all witnessing. It will affect, not just the diamond business, but the entire financial world and economy. 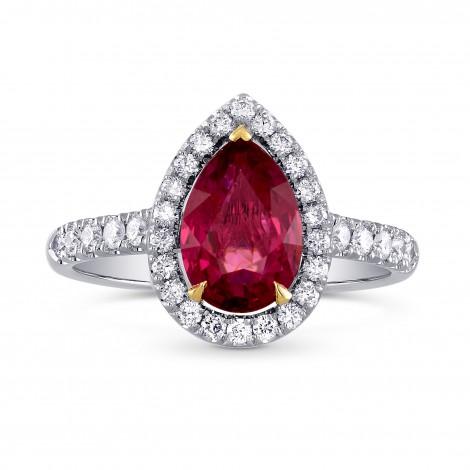 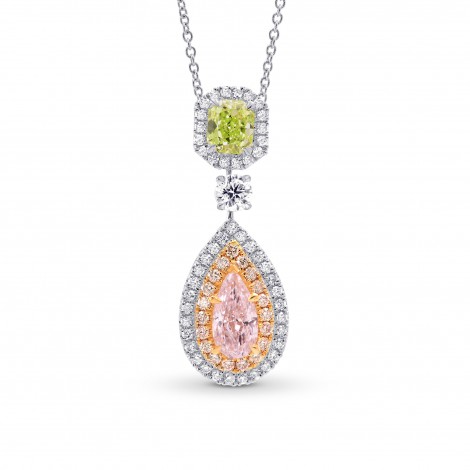 Donald Trump is travelling on a ticket of the Zeitgeist. He promises to implement an agenda that America is interested in hearing about. He will run America like a business. He will spend a Trillion dollars on infrastructure, and plans to create more income without increasing taxes. He also promised to bring more money back into our economy. Under the Obama administration, billions of dollars as well as their profits were kept abroad. Trump plans to reduce the income tax in order to persuade the small percentage of very wealthy individuals to bring the money back to America.

Both Tim Cook of Apple and Bill Gates of Microsoft spoke to the President Elect, Mr. Trump. He supposedly offered them excellent deals, trying to entice them to bring the money home. Trump wants them to make the products locally and offered excellent tax credits to sweeten the deal.

Tim Cooke wrote a letter to his employees where he quoted Dr. Martin Luther King, Jr to make a clear point that great work is done only by moving forward. It doesn’t mean Apple decided to manufacture their phones in the USA, which would employ thousands of Americans. But it does mean it was an idea that came up for discussion. It would be a huge corporate tax reform and would encourage other US companies to bring the profits home.

The insanity of compliance to socialist nonsense will be partly replaced with sensible business practices.

So how will the jewelry business benefit from all of this?

When the administration spends a trillion dollars on infrastructure, a lot of jobs will be created. The prices of Oil, Iron Ore, Copper, and other metals will go up. Most importantly, the optimistic spirit of the economy will gain over hand. People won’t be as afraid to spend money as they will begin to make more of it.

Russia, China, and the Arab world will have an increased appetite and cash to buy diamonds and jewelry. Diamond prices will go up.

Revenue generated from mobile devices rose to $1.2 billion on Black Friday, a 33% surge from a year earlier, according to Adobe. It will be different from what was 10 years ago as the size of items will go up and the tickets will go down. People however, will wear much more jewelry.

Exceptional fancy color diamonds will continue to rise, as they did at a recent auction in Geneva. Big Players like Graff, will return to the market, spending more money on important color diamonds. The room at Sotheby's, Geneva was packed. There were actually a number of records that were broken at the sale which achieved a total of $136 million. It was actually the highest total for any jewelry sale this season. Graff himself spent 37 million on two stones he bought and added to his collection.

China is as well betting on Donald trump. The Chinese want everything to move, as there just aren’t enough possibilities for the cash available. With a surge in the market, they will help drive up the commodities as well. Even the future prices of Garlic have gone up madly.

Truthfully, when I heard that I was a bit concerned that the consumption of so much garlic could affect ‘companionship’ of many people worldwide. We all know that for the jewelry industry that would be bad news. The China Daily just reported a story of how a 22-year-old boy realized a huge profit from his sales of Garlic.

The article talks about how this young man purchased 100 tons of garlic in September for 3.2 yuan per kilogram. After selling the goods, only a month later at a price of 7.2 yuan per kilogram, he earned a profit of 400,000 yuan. Prices are on the rise, and some have takenadvantage of the situation and managed to earn millions.

The Trump effect is not yet fully visible, but the US retail stocks did fairly well. Black Friday, Cyber Monday, and the whole Holiday Seasons sale show that the majority of growth is clearly online.

Walmart, the world's largest retailer, isn't only a brick and mortar store. They tripled their e-commerce selection to 23 million items this season in an attempt to better compete with Amazon. Last night, one of our sales agents was on a chat from a lady in the midwest. She said that the closest jewelry store was a two hour drive from where she lived. She was chatting with us because when she got online to look for something, she found a fancy yellow diamond on our website. The representative she was speaking with matched up her price and managed to make the sale. For a large purchase, understand that making the sale over a five minute chat is a pretty big achievement. It isn't enough to just be 'on' the Internet. People want top quality goods at an extremely competitive price, where the perceived value is the best. Once the spirit is out of the glass bottle, it will move around freely, but it can never be put back in.