Every woman deserves diamonds, but those born in April deserve even more.  Why? Because the diamond is April’s birthstone!

Diamonds are some of the most precious stones on this planet. As well as their beauty, the value of some of these stones is astonishing. Colored diamonds for example make for excellent investment opportunities!

Diamond have been sought after and cherished for centuries upon centuries, as far back as the ancient Romans and beyond.  Not only are these gems beautiful, but they are also strong, and can even be used for beneficial purposes.

In ancient Rome, it was believed that diamonds were slivers of stars that fell from the heavens above.  Subsequently, it was believed by many that diamonds held magical powers. Today, diamonds are valued and treasured equally, yet they still remain a mystery in many ways.  Diamonds can be complex and difficult to choose.  Since they cost quite the pretty penny, it is important to become informed before purchasing any diamonds.

Diamonds are categorized by four criteria, known as the 4 c’s.  These include color, clarity, carat weight, and cut.  Each and every one of these factors impacts the quality, and consequently, the price, of the diamond. Each and every one of these elements is important.  However, one must decide which are of the most importance and make certain that the highest quality possible is obtained.

Diamonds make a delightful choice for an engagement ring because diamonds represent strength due to their sturdy structure. It became customary for engagement rings to be worn on the left ring finger.  This was a result of the Greeks, who believed that a vein located in that finger was a direct line to the heart.

American and German scientists are researching diamonds and their potential role in medicine.  It has actually been discovered that diamonds can be used as microscopes to see minute objects such as a molecule.  This is crucial for science, as it is a hope that one day individual atoms will be able to be studied and that living cells will be analyzed, something that has not yet been achieved.

Diamonds may not be new to anyone, but their beauty and attraction is not in their novelty.  On the contrary, the history behind the diamond, its strength, and believed power, has transformed this rare stone into an irresistible, sentimental, and eye-catching treasure, which will be passed on for generations to come. 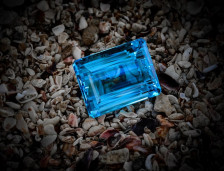 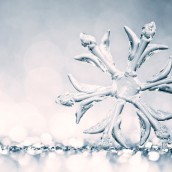