Diamonds Are a Girl's Best Friend

Imagine that we are all sitting together aboard a gigantic icebreaker. This is all virtual, of course. The ship, with its powerful engines, is stuck in the Antarctic and simply won't budge, neither forwards or backwards. All of us, including De Beers, are caught up between the frozen blocks of the sea.

All members of the diamond and jewelry industry on board, including miners, polishers, brokers and jewelers are looking up for direction. The old captain, who spent most of his life on this treacherous sea, is himself looking through his binoculars for the best rout in which to set forth.

Out of nowhere, a new Marilyn Monroe' iconic celeb jumps on stage moving her lovely body and sings, once again, "Diamonds are a girl's best friend."

The conductor notices and springs into action. He gets in front of the band, delivers his instructions, and the music starts.

The French are glad to die for love.

They delight in fighting duels.

But I prefer a man who lives

A kiss on the hand

May be quite continental,

But diamonds are a girl's best friend.

A kiss may be grand

But it won't pay the rental

On your humble flat

Or help you at the automat.

And we all lose our charms in the end.

But square-cut or pear-shaped,

These rocks don't loose their shape.

Diamonds are a girl's best friend.

Frank Sinatra is on stage along with one of today's greatest stars, perhaps it is Taylor Swift? She heats up the crowd singing the same tune "Diamonds are Forever."

All the passengers on board first start to clap their hands, and then they start to dance to the well know tune. The synchronized rhythm of the crowd manages to move the ship and breaks the ice that blocks the way. Nothing other than the positive mood of the people aboard causes the ship to move forward.

Once the positive mood of the industry takes over, all the ice of the sea doesn't stand a chance.

We need that virtual captain who can move a frozen ship through the ice. The diamond and jewelry industry have all the resources to find the new Marilyn Monroe and have her sing again. There is no need to lick our wounds or talk about the billions lost. Rather, let’s get the boat moving in the right direction. 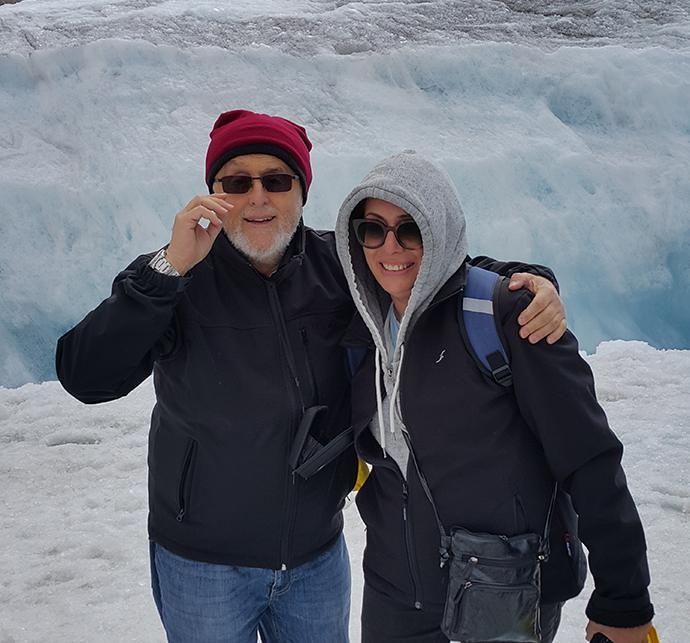 If we don't want to be like the crumbling British Empire, where, from out of the debris, failing countries became alive and began once again to flourish, we have to change the public's mood. We shall all start to regenerate our brand, and our tune will be heard, again.

If we revitalize this historical slogan, Diamonds are forever, nothing can stand in our way.

In the eyes of the public, De Beers is THE symbol of diamonds. Many sight-holders have left the DTC, but they will turn back after hearing the music. They will regain the confidence that was lost in the greatest brand ever created – Diamonds.

All the talk about profitability and over production may have a valid point, but our problem lies in our customer's perception. They have lost confidence in the permanence of diamonds.

We turned white diamonds into a commodity like aluminum, which could be traded according to listed prices. But, declining prices caused them to lose their sparkle year by year. You tell me, do our dreams have a listed price?

The diamond which your mother received at her engagement back in 1955 still hasn't lost its sparkle, even though 95% of all the products in existence have. Only diamonds remain unchanged after 60 years.

The other day on the train, a broker who left the industry said to me that today's women want an iPhone. They are no longer interested in a diamond ring. I showed him the paper on the table. Microsoft made a 7.5 billion dollar write off on its purchase of Nokia, which was the dream phone of many. One brand comes in as others move out, but a diamond will always shine.

I am not a De Beers' client. We work in fancy colors, and I don't have any personal interest in the company. In fact, I have written many times in the past about the self destruction of De Beers. But not too long ago, Stephen Lussier made the decision to rejuvenate the 'Diamonds are Forever' campaign. A really powerfully designed and executed campaign is needed to rekindle the flame, and it appears to me that De Beers maybe capable to move the icebreaker back to towards the open sea.

The only question we have to consider is who will be next Marilyn Monroe that will rekindle the fire and break the ice???