There are those in the diamond industry who claim that 2018 was the year of lab-grown diamond, but I beg to differ.

Though there has been an increase in the sales of such diamonds, I do not believe they have an important place in the jewelry industry just yet. The total value from lab-grown stones in 2018 is more hype than substance. After all, as Paul Zimminsky, a well-known diamond industry analyst, asks: how many consumers will be willing to pay thousands of dollars today for a diamond that is theoretically unbound in supply and possibly holds no resale value? Regardless of what the total sales of lab-grown diamonds was in 2018 it is irrelevant in comparison to prominent sales of natural fancy color diamonds such as the Fancy Vivid Pink Legacy diamond, which sold for a record-breaking $50 million at Christie’s in Geneva. Many might argue that $50 million is far too much money to spend on one pink diamond; that it is a concentrated investment in a relatively small space. The counter argument to this train of thought includes the many benefits of investing in gemstone jewelry. Some of these include the ease of storage and transport, proven appreciation over the years, and the undeniable beauty and versatility of such an investment. 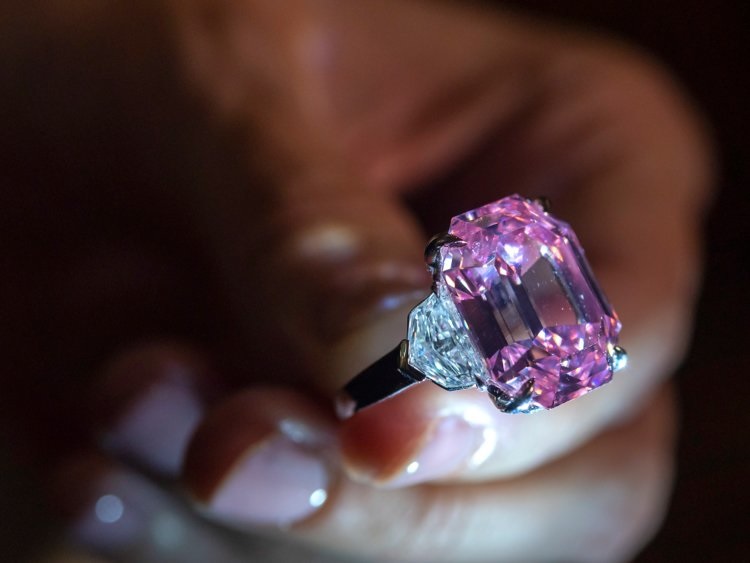 In order to understand what a $50 million investment aside for a pink diamond could look like, it is crucial to bring up alternative investment options. A ton of gold today is worth about $42 million. Though this is a commodity that has been traded and invested in for centuries, it is bulky and requires storage. This of course demands time and money. Then there is artwork, which has brought in many record-breaking sums. Just as an example, “When Will You Marry,” an oil painting by Paul Gugiun sold for $300 million! However, such an item involves proper storage and maintenance, which again means more time and more money. On the other hand, jewelry pieces are compact and are easy to transport. They do not necessitate special transportation nor do they demand large storage space.  While jewelry pieces of all sorts can fetch large amounts, such as the 53.5 million CHF brought in by an exquisite pearl and diamond piece at Sotheby’s, fancy diamonds in particular can see impressive figures. 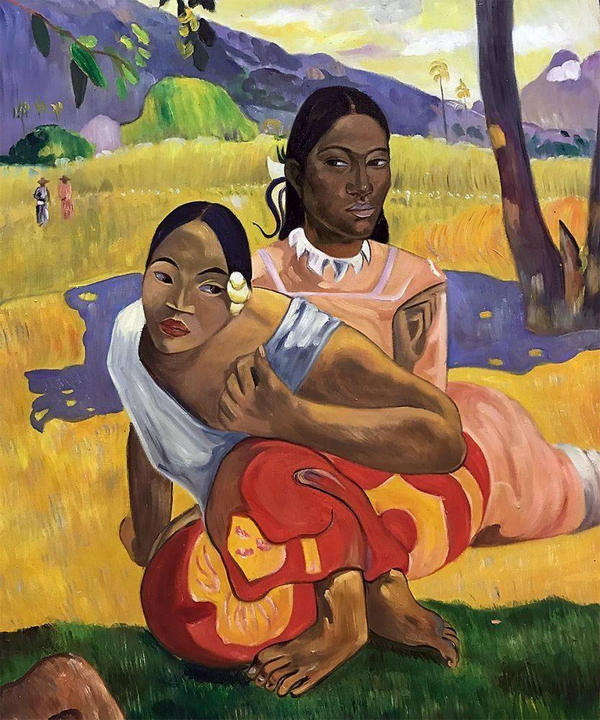 Image  OverstockArt.com, Paul Gugiun- When will you Marry- sold for $300 Millon US.

The Success of Pink Diamonds

The Pink Legacy diamond is an elaborate example of a valuable fancy color diamond, which can be a wise investment piece. This stone in particular hails from the De Beers mine in South Africa, and was mined in 1930 (give or take.) After it was polished it remained in the hands of the Openheimer family until now. Another famous pink diamond is the Pink Star, a 59.60-carat diamond and the most expensive pink diamond ever auctioned. Formerly known as the Steinmetz Pink, it was bought for $71.2 million by Chow Tai Fook. As beautiful as these pink diamonds are, these aren’t the stones being purchased by the average diamond consumer. Many stunning pink diamonds, a great deal of them from the Argyle mine in Australia, are available at LEIBISH Considered to be the elite of pink diamonds, Argyle diamonds are the barometer for price increase among pink diamonds. According to Eden Rachminov of FCRF, prices of Argyle pink diamonds have increased dramatically over the years. In the last decade the yearly price increase was about 13%. The annual Argyle Tender is an important event in the diamond world, and one in which we take part in. In fact, my son, Shmulik Polnauer, is a regular visitor at the Argyle Tenders and is considered an authority on fancy color diamonds and Argyle pinks in particular. Over the past years he has bought hundreds of Argyle diamonds including 17 stones, which we won at the 2012 Argyle Pink Diamond Tender and 26 stones from the 2016 Tender.

The Versatility of a Pink Diamond Investment

In addition to the previously mentioned benefits of fancy color diamonds, specifically pink diamonds, is the versatility factor. Diamonds are not just investments that are convenient to store and transport. They can be enjoyed and appreciated as well wherever you go! Your pink diamond investment can be showcased through a stunning ring setting, pendant necklace, brooch, or another jewelry piece. During my interview with Melissa Lee of CNBC on the set of the NY Stock Exchange, I pulled out our Leibish Prosperity Pink Diamond Ring (Argyle,) and put it on her finger. She looked at it and said, “It fits me perfectly! Can I keep it?” Though she said this laughingly, no lady can refuse an Argyle pink diamond ring!