Since diamonds have essentially become the trademark gemstone used for engagement rings, they have become quite common. Ruby rings, however, along with other gemstone rings such as emerald, amethyst, and sapphire rings are less common, but can be equally as beautiful. Additionally, in the case of ruby rings, the color itself has much to offer. Over the years, there have been a number of extraordinary ruby rings that have managed to leave a mark in the worlds of jewelry and gemstones. Here is a closer look at some of these fascinating pieces.

It seems difficult to list any jewelry category without somehow mentioning the great Elizabeth Taylor and her renowned jewelry collection.  Ruby rings are no exception, and the 8.24-carat pigeon blood red ruby and diamond ring is one of the most memorable ruby rings in the world. Husband Richard Burton gave it to Ms. Taylor as a Christmas gift in Christmas Eve of 1968. The ring recently sold on December 12, 2011 for a surprising $4,226,500.

Billionaires and philanthropist Lily Safra is well known for her exquisite jewels, almost as much as she is known for her financial status. Last year many of her jewelry pieces were auctioned off. Among the many sensational pieces was the enormous 32.08-carat cushion-shaped ruby ring. The Burmese ruby and diamond ring, designed by Chaumet, sold for an astounding $6,742,440. It is the most expensive ruby ring ever to have been sold at auction. The original estimate was less than half of what it sold for. The proceeds of the ring went to twenty charities around the globe.

Jackie Kennedy was one of the most beloved First Ladies, known fondly for her remarkable taste in clothing as well as jewelry. One of the most significant pieces in her collection was the 17.68-carat ruby ring. This ring sold at auction for $290,000 back in the day.

This significantly sized ruby ring was sold for $4 million in Geneva in 1995. That is $146,145 per carat. This is one of the most expensive rubies ever to have been sold at Sotheby’s, and at auction altogether.

Rubies have long been and still are incredibly rare and valuable gemstones that are adored and desired by individuals worldwide. They are worth more than some of the highest quality colorless diamonds out there. Large, top quality, ruby rings are hard to come by, but they sure wise and worthwhile purchases. 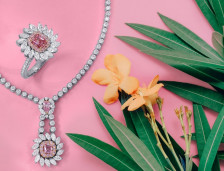 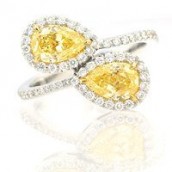